He ate, prayed and loved

Less than a 10 minute walk from Zoshigaya Reien you can find an interesting piece of American culture: the Zoshigaya Missionary House & Museum.

Built in 1907, it was the home of American Christian missionary John Moody McCaleb (1861-1953). He imported the wood and other materials from his hometown in Tennessee. McCaleb lived in the house until he was repatriated in 1941. He first arrived in Japan in 1892, and was very enthusiastic about his work, which was primarily concerned with charitable activities and the education of young children. It is no coincidence, I'm sure, that there is a kindergarten next door. McCaleb wrote several books about his experiences in Japan and had a column in the "Gospel Advocate" encouraging missionary work in Japan and other countries.

It is the oldest existing Western-style wooden structure in Toshima-ward. In 1987, the building was registered as a tangible cultural asset of the ward. It is a two-storey building in the Carpenter Gothic (also Rural Gothic) style that was common in America in the late 19th Century. Inside the house, you will find photographs, McCaleb's bed, desk and other furniture. There is also a small but pleasant Western style garden. McCaleb turned this garden into a playground for neighbourhood children. This would have been at a time when having some green space would have been a rarity.

The easiest way to get to the Missionary House is actually through Zoshigaya Cemetery. Travel to Higashi-Ikebukuro Station, on the Yurakucho Line. Take exit 7 to street level, then go left to the main road. Cross at the traffic light to the Jugar Café side of the street; dogleg left, then take the first right. Walk straight, cross the Toden Arakawa Line tracks. You will see a koban (police box) dead ahead. Stay on the right and then take the first left.

You can't miss seeing a yellow-orange colored building. It is a public restroom. Opposite, there is a large detailed map of the cemetery (see also picture no. 4).You will be at the lower left corner of the map. To get your bearings, walk along the road. At the Y-junction, take the left fork. This will take you past a flower shop, on your right; pink on the map. At the second junction, near Natsume Soseki's grave, turn right (between sections 1-9 and 1-10) and exit the cemetery. Keep going straight along a typical shopping street. On the left, you'll soon come to a road paved with bricks. The Missionary House is just along on the right. Afterwards, retrace your steps to Higshi-Ikebukuro station (about a 15 minute walk). 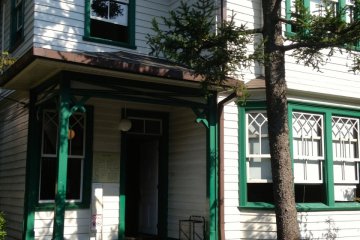 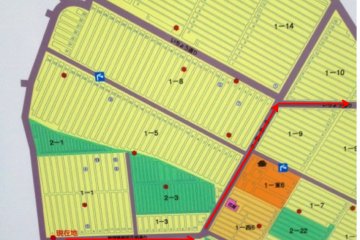 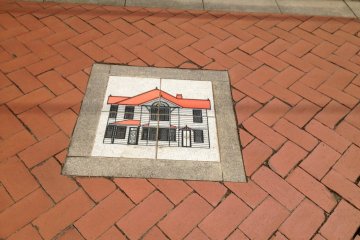 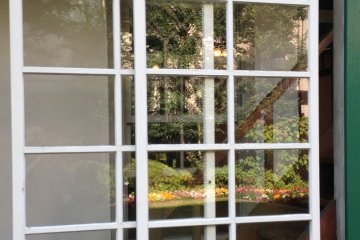