It may be difficult to top the religious redemption legend that makes up the story of this temple and its deity. Located in Ikebukuro, Kishimojin Temple is dedicated to the Buddhist deity, Kishimojin. A goddess who cares for and protects children, Kishimojin also helps mothers with their deliveries. The goddess will often be found with a child in one hand and a pomegranate in the other, symbols of her undying love and fertility.

But, as the legend goes, the goddess was not always so kind and benevolent. In her early days, she was actually a horrifying demon who, in an effort to feed her thousands of children, would go out and abduct other children to serve as food. One day, as she went out looking for kids, the Buddha hid one of her children. In a fit of panic at losing her child, the demon became enlightened to the suffering of other mothers and swore to protect other children.

Founded in the late 16th century, Kishimojin Temple has been designated as a Tangible Cultural Property of Tokyo and thousands visit each year to pray for good health and safe deliveries for both mothers and children. The temple grounds feature numerous gingko trees, most well over 400 years old with one said to be approaching 600 years of age.

The trees and the general conditions of the temple complex make for a relaxing break from the outside hustle and bustle of modern Ikebukuro. On the grounds of the temple visitors will find a series of red torii gates belonging to the Takeyori Inari Shrine, adding an element of Shinto to an otherwise Buddhist temple and history. As befits a temple dedicated to children, there is a very small children's park at the western side of the ground. 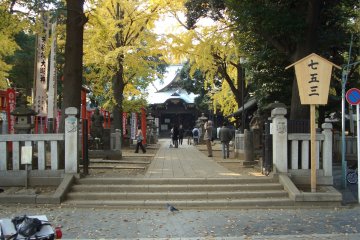 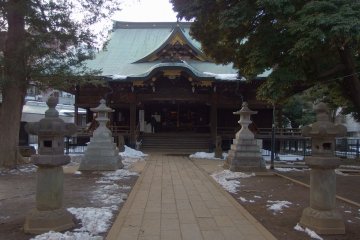 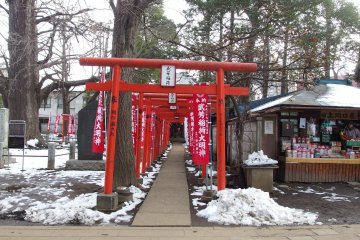