Guide to Sumo at the Kokugikan

All you need to know to enjoy the sumo

Japan hosts a total of six sumo tournaments a year, three of which take place at the Kokugikan arena in Tokyo’s Ryogoku neighborhood. Though sumo is a long-established sport in Japan, it’s currently enjoying a bit of a renaissance and is highly popular with both Japanese and foreign visitors alike. A day of sumo at the Kokugikan is, for many, an unforgettable experience, and the following guide is designed to help attendees maximize their enjoyment on the day.

Sumo allegedly has its roots in ancient Shinto rituals that involved men displaying feats of strength in front of the kami, or gods, as thanks for or in hopes of a good harvest. (Sumo today still has many traditions that reflect its Shinto origins.) In the Edo Period, these evolved into contests of strength. Sumo bouts would take place at temples and shrines around the city, including at Eko-in Temple a short walk from the Kokugikan. When Tokyo’s sumo stadium was built in 1909, all matches moved inside. The current Kokugikan dates from 1985 and is now the official home of all Tokyo sumo tournaments.

When to see the Sumo?

The Kokugikan offers the best chance to see sumo throughout the year, but also sees the most demand for tickets.

Sumo tournaments run over a period of fifteen days, from a Sunday to a Sunday. Each day follows the same general schedule.

The doors to the Kokugikan open at 8:00am, with the lowest ranking wrestlers beginning their matches around 8:30am.

Very few spectators turn out for these bouts and in general, they’re relatively unexciting. However, it’s a good chance for spectators with tickets for the cheap seats to temporarily move down to the lower levels and take photos or enjoy the atmosphere a bit closer to ringside before the seats fill.

Around 2:00pm, the highest-tier wrestlers (the makuuchi division) begin arriving at the stadium, and many spectators line the walkways outside to see these behemoths before they compete.

At 3:45pm, they enter the sumo ring in ceremonial dress to greet the crowd, followed a few minutes later by the top-ranked yokozuna.

The makuuchi bouts begin around 4:15pm, leading up to the yokozuna matches at the close of the tournament.

After the last bout, one of the mid-ranked wrestlers will perform the bow twirling ceremony ay 6:00pm to close out the day’s matches.

On the final day of the two-week tournament, the Prime Minister’s cup is awarded to the winner of the tournament, the wrestler who had the best overall record from the 15 days of competition.

Eating at the Kokugikan

There are several food outlets inside the Kokugikan for those that want to spend their day inside the arena.

Several stalls offer bento boxes, with main options ranging from tempura to roast beef. Sushi and yakitori are also available, as are small bowls of chanko nabe, a protein-laden stew of meat and vegetables that sumo wrestlers consume in large quantities to bulk up. Check out the basement hall to try chanko nabe for just ¥300 per bowl.

For dessert, the stadium offers soft-serve ice cream or hiyochan-yaki, a grilled cake-like bun filled with either red bean paste or sweet cream cheese that is shaped like Hiyo no Yama, the sumo mascot.

Tournament attendees are allowed to leave and re-enter the stadium one time during the course of the day, so this offers a chance to indulge in some of the food choices around the stadium. Ryogoku is littered with chanko nabe restaurants as well as other tasty options. A wide variety of cuisines can be found in the Edo Noren complex between the Kokugikan and JR Ryogoku Station.

Where to buy Sumo tickets

Tickets for sumo tournaments go on sale approximately one month before a tournament begins. Exact dates can be found on the Nihon Sumo Kyokai official ticketing webpage. Tickets range in price from box seats to chair seats.

Box seats are tatami-floored areas closest to the arena’s center that can seat between two to four people. As these seats can become quite uncomfortable over the course of the day, pillows are available to rent for a fee of ¥3500. Chair seats are located on a higher level and are standard arena-style seating.

A limited number of same-day tickets (known as general admission seating) can also be purchased from the box office in front of the Kokugikan arena on tournament days, beginning around 7:45am.

Around 100 tickets are distributed for the day’s matches and must be bought in cash. Anyone over the age of 3 needs to purchase their own seat. For same-day ticket sales, all parties who wish to obtain a seat must be present for the purchase. One representative is not permitted to buy tickets for numerous people. Prices for general admission tickets are ¥2200 for adults and ¥200 for ages 4-15.

Ryogoku is home to numerous interesting museums and sites where a visitor can easily pass their morning or early afternoon, before heading to the Kokugikan for the matches featuring the top-ranked wrestlers.

The Edo-Tokyo Museum offers visitors a walk through the centuries of Japan’s capital city, from its origins as the fishing village of Edo to its current role as megacity home to millions.

Next door, you’ll feel worlds removed from that densely populated capital on a stroll through the Kyu Yasuda Gardens.

The restful green space also now plays host to the recently relocated Japanese Sword Museum, where you can marvel over the craftsmanship of numerous historic blades.

Another neighborhood highlight is the Sumida Hokusai Museum, where both permanent and rotating special exhibits highlight the masterful works of Katsushika Hokusai, a renowned ukiyo-e (woodblock) artist of the 1700s perhaps best known for his series Thirty-Six Views of Mt Fuji. 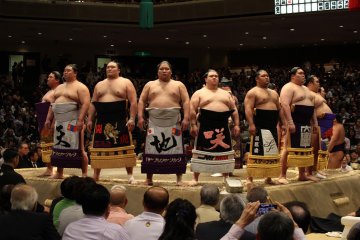 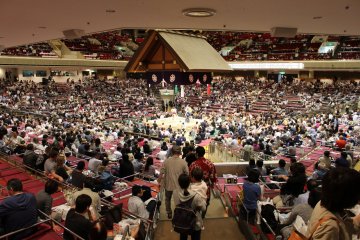 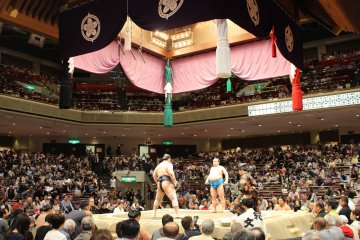 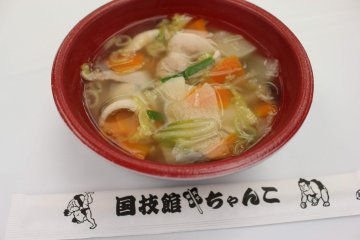 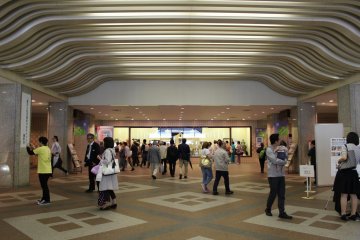 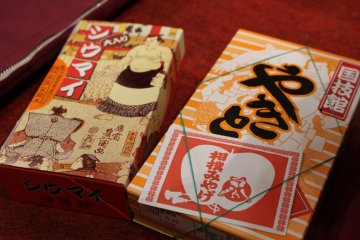 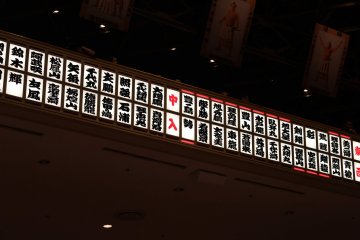 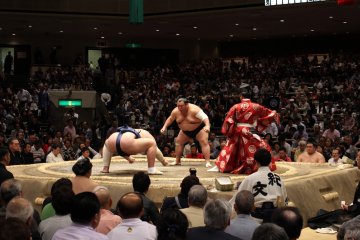 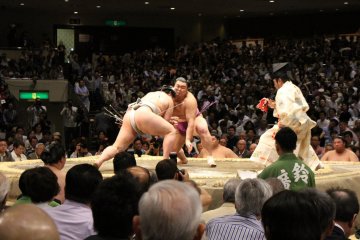 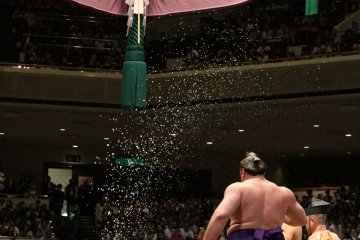 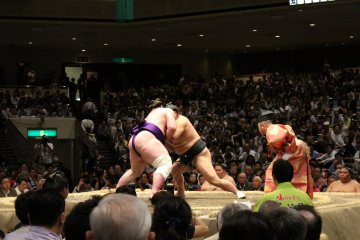 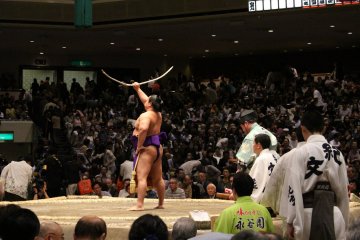 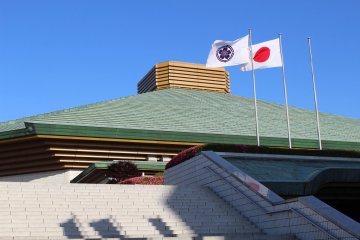 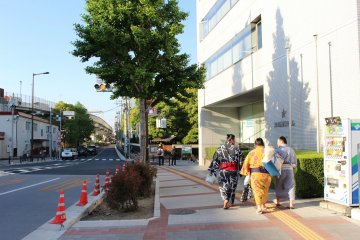 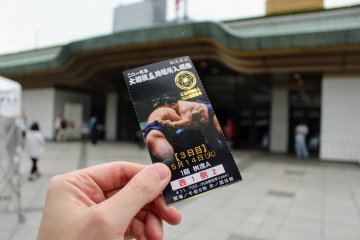 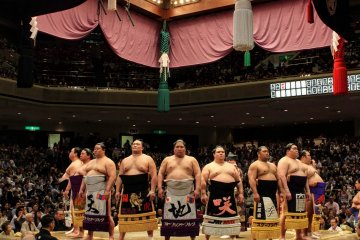 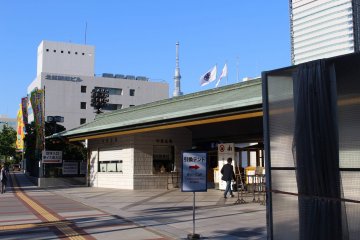 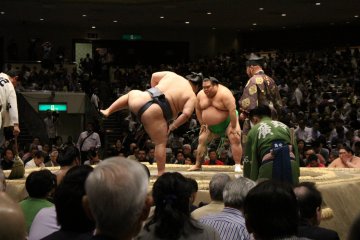 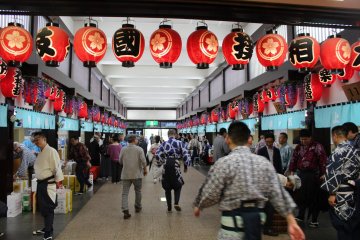 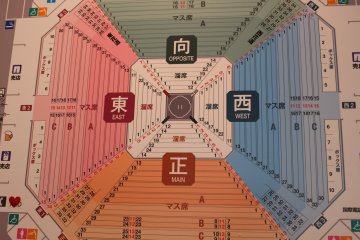 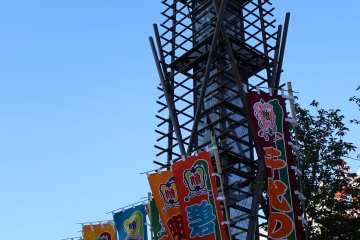