Quality, not quantity in Tama

At first glance, Kunitachi City seems a bit soft when it comes to temples and shrines. But while it doesn't have the numbers, cultural properties, meditation sessions and one of the oldest in the entire Kanto region mean that the quality of its locations make them worth the visit. Here is an introduction to the temples and shrines of Kunitachi and how to reach them.

Originally located in what is now Fuchu City, Aoyagi Inari Shrine was washed away by flooding and then moved to its current location in Kunitachi in the mid-18th century. Much used with its faded and moss covered inari fox statues with their rustic stone base construction, the shrine is a magnet during local festivals.

A 16-minute walk from Yagawa Station on the JR Nambu Line.

A busy temple, perhaps the most talked about feature of Eifukuji Temple is a rather large onigawara demon roof ornament held within the grounds. The temple also offers seated zazen mediation practice on the second Sunday of each month while a hanami cherry blossom viewing gathering is held each spring.

A 3-minute walk from Yagawa Station on the JR Nambu Line.

A Zen temple with some 600 years of history, Nanyoji Temople features a number of structures that have been recognised by the city as cultural properties. These include its shoro bell tower, the hondou main shrine building, a soumon entrance gate, and even the temple's garden has been recognised.

A 6-minute walk from Yagawa Station on the JR Nambu Line.

The Kanto region's oldest Tenmangu shrine, Yaho Tenmangu Shrine is a cultural and historical gold mine. Featuring wooden komainu guardian statues and a tablet made from Japanese cypress, both which are registered as cultural properties, the shrine is also surrounded by a 'sacred forest' recognised as a Natural Monument.

A 3-minute walk from Yaho Station on the JR Nambu Line. 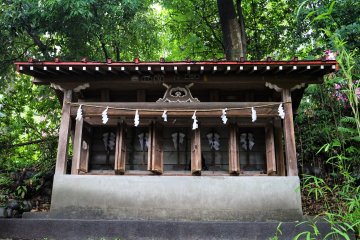