A surprise to many, Musashimurayama City holds the curious distinction of being the only mainland Tokyo municipality without a dedicated train station. Despite this, access is still straightforward enough and visitors to this little western city will come across two small museums amidst the surrounding nature that attracts most. Here is an introduction to the museums of Musashimurayama City and how to reach them.

Not surprisingly, the Musashimurayama History & Folklore Museum and its permanent exhibition focuses on the area's nature, history and heritage. There's a nice little selection of prehistoric period stone tools on display as well as other hand tools that have been used all the way up until the mid-20th century. Ironically, despite not having a direct train line into the city, the museum also takes a look at the light rail that offers access to the general region. An added bonus are the earthenware and kiln displays, both Tangible Cultural Properties of the city. Located at the entrance to Noyamakita-Rokudoyama Park, the museum also turns out to be a good base from which to take nature walks.

Situated inside what is a decidedly Western-styled Showa-period building from the mid-20th century, the Murayama Textile Cooperative Association is a definite surprise for anyone interested in traditional Japanese textiles and fabrics. Home to weaving machines and, of course, fabrics and textiles, the museum showcases the history behind the famous textile silk pongee fabric known as Murayama-Oshima Tsumugi. Beginning in the Edo Period, and highlighted by threads dyed prior to weaving, this style of fabric became synonymous with the area, transforming it into a leading textile centre.

An 11-minute drive from Kamikita-dai Station on the Tokyo Tama Intercity Monorail Line. 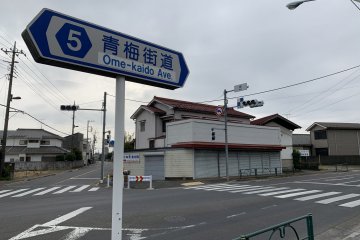