One of Tokyo's major areas, Minato City Ward is laden with embassies and packed full of international and cosmopolitan leanings. The city offers something for every visitor and its shrines, parks, museums and landmarks are some of Tokyo's best. Here is a quick look at just some of what Minato has to offer.

Built to honour the fox deity who helped legendary Fujiwara no Hidesato defeat the rebel Taira no Masakado in the tenth century, Karasumori Shrine is a pleasant backstreet visit in the business district of Shimabshi.

2 minutes from Shimbashi Station on the Ginza or Toei Asakusa Line.

Located in Hiroo and originally a resting spot for the falconry loving Hidetada, second of the Tokugawa shoguns, Hiroo Inari Jinja became famous for its mid-nineteenth century dragon ink painting.

2 minutes from Hiroo Station on the Hibiya Line.

Dedicated to Japan's 20th Prime Minister, the traditional design of the Takahashi Korekiyo Memoiral Park in Aoyama-itchome honours the life of the former slave, English teacher and silver mine entrepreneur, Takahashi Korekiyo.

1 minute from Aoyama-itchome Station on the Ginza, Hanzomon or Toei Oedo Lines.

One of Tokyo's most stunningly designed traditional Japanese gardens is Happo En in Shirokanedai. Commonly used for weddings and functions, the park fortunately allows free access to its incredible beautiful park.

1 minute from Shirokanedai Station on the Namboku or Mita Lines.

The free and energetic spirit of the late Taro Okamoto lives on the delightfully alive Taro Okamoto Memorial Museum in Aoyama. Inspired by Japan's prehistoric Jomon period, Okamoto's works represent his belief that "Art's an explosion!"

8 minutes from Omotesando Station on the Hanzomon Line.

With its hypnotic wave-like construction, Roppongi's National Art Center is one of Tokyo's showpiece galleries. About as modern as one can get, the gallery is a must with its exhibitions and striking architecture.

1 minute from Nogizaka Station on the Chiyoda Line.

As the stage for scores of Japanese monster movies as well as a romantic meeting spot for couples, Tokyo Tower has seen it all. An iconic symbol of the capital, Tokyo Tower is a communications and observations tower that has dominated the skyline for decades.

6 minutes from Kamiyacho Station on the Hibiya Line.

5 minutes from Hamamatsucho Station on the JR Yamanote Line. 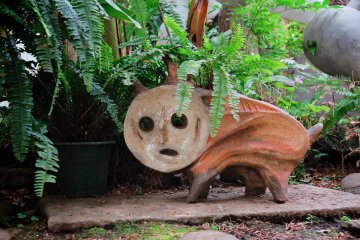 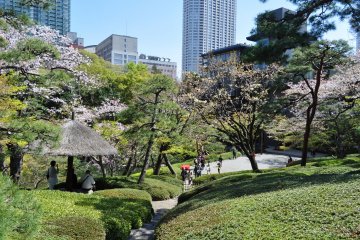 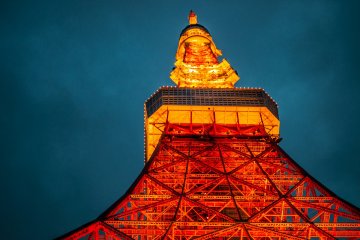 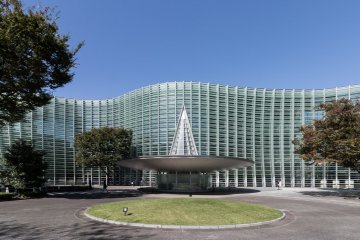