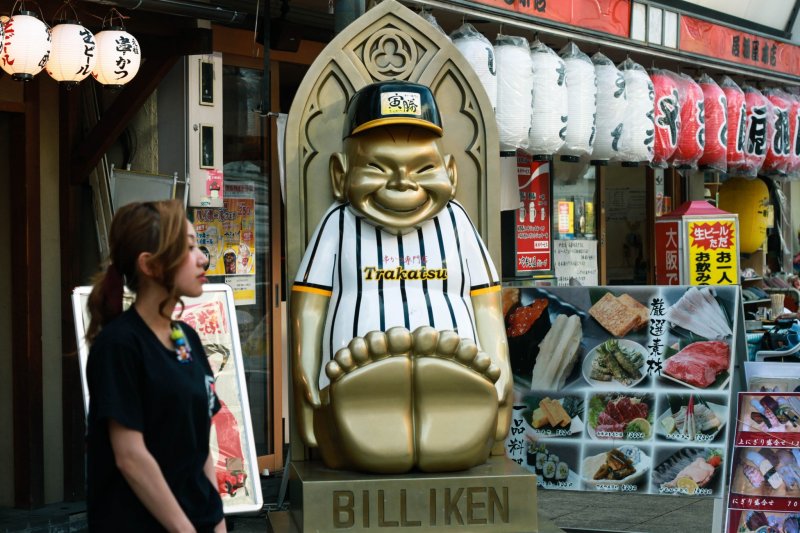 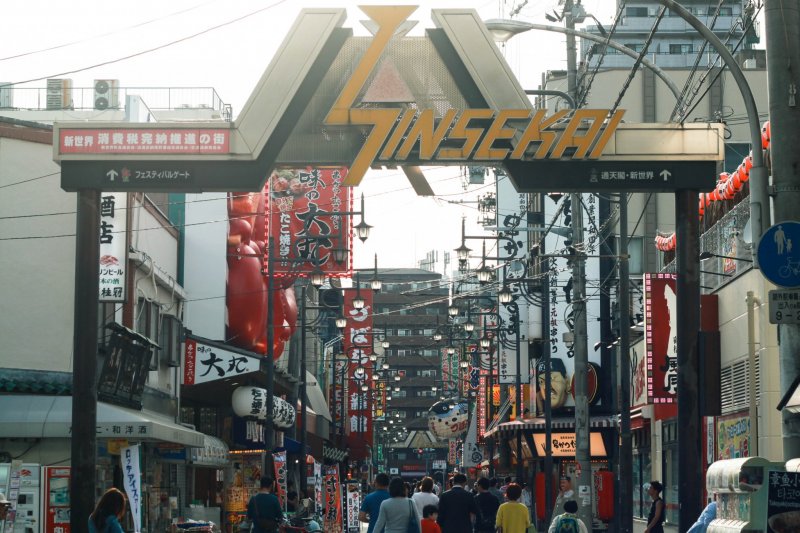 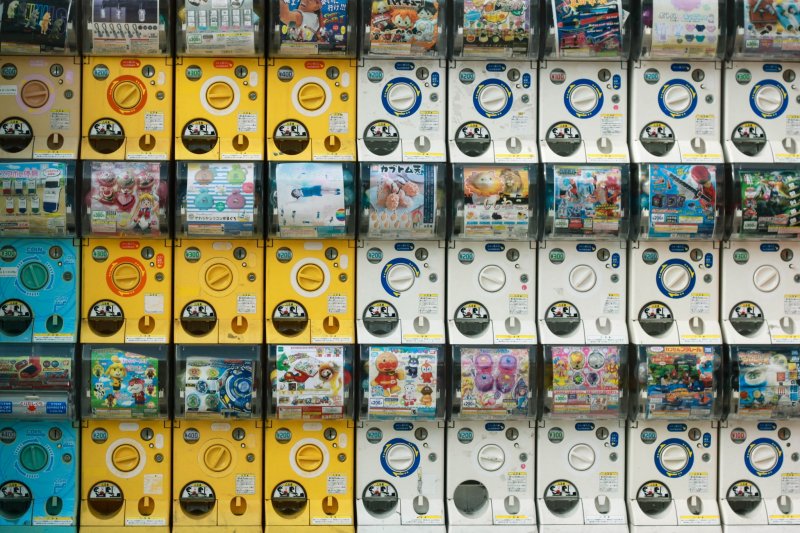 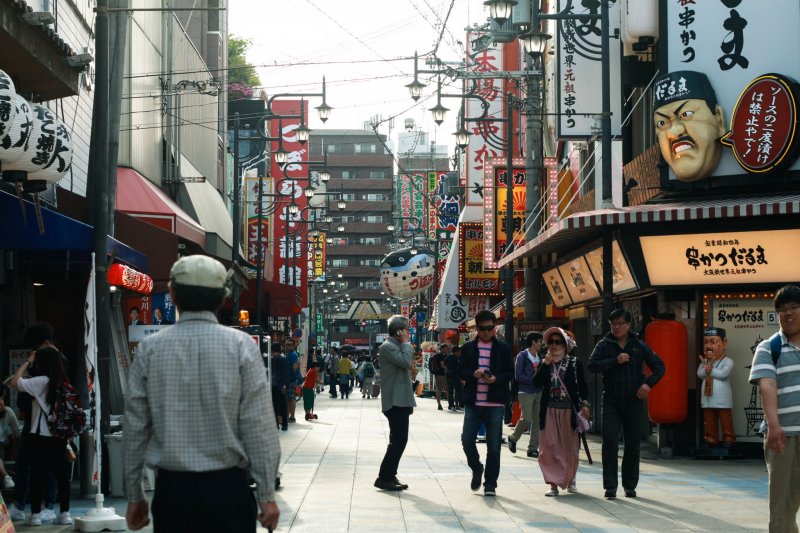 Locals and tourists alike visit Shinsekai despite its dangerous reputation 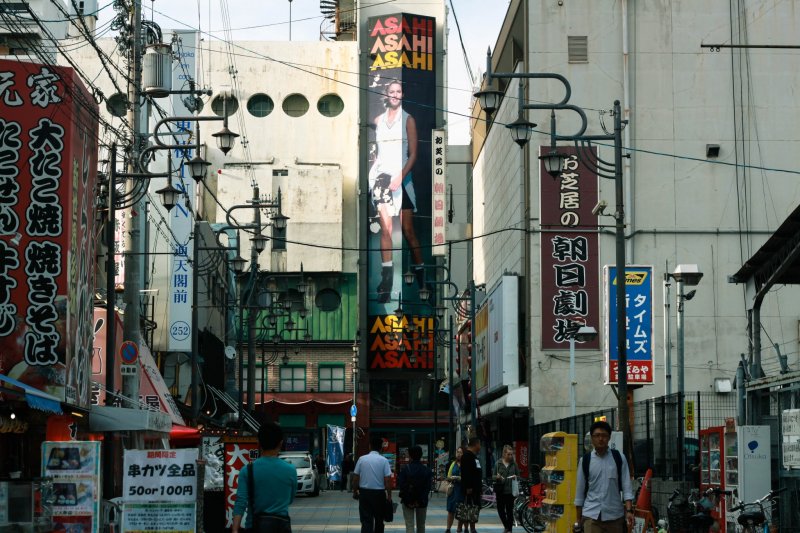 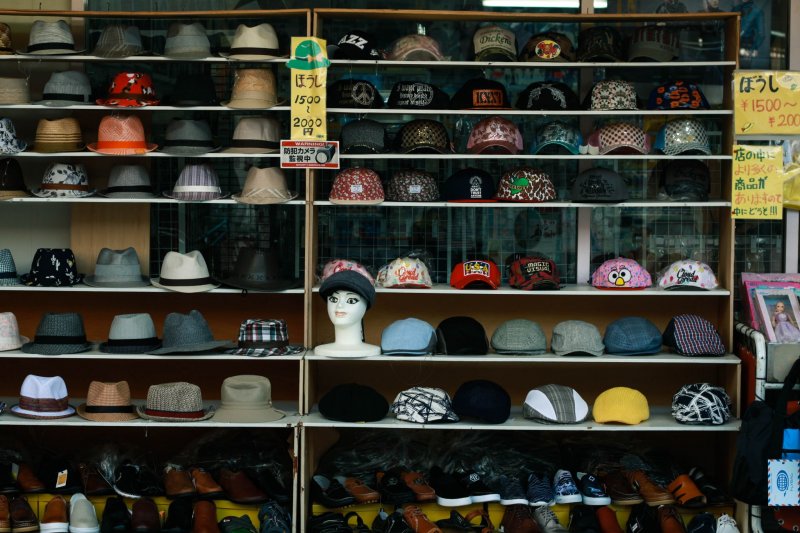 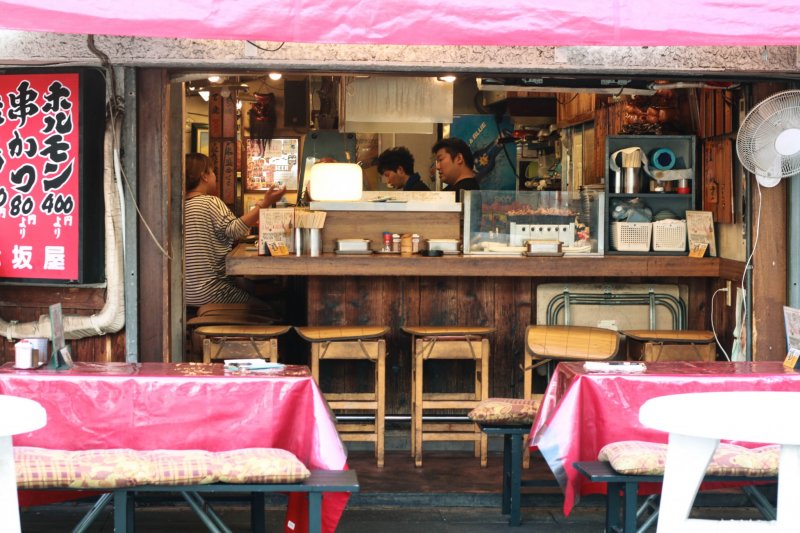 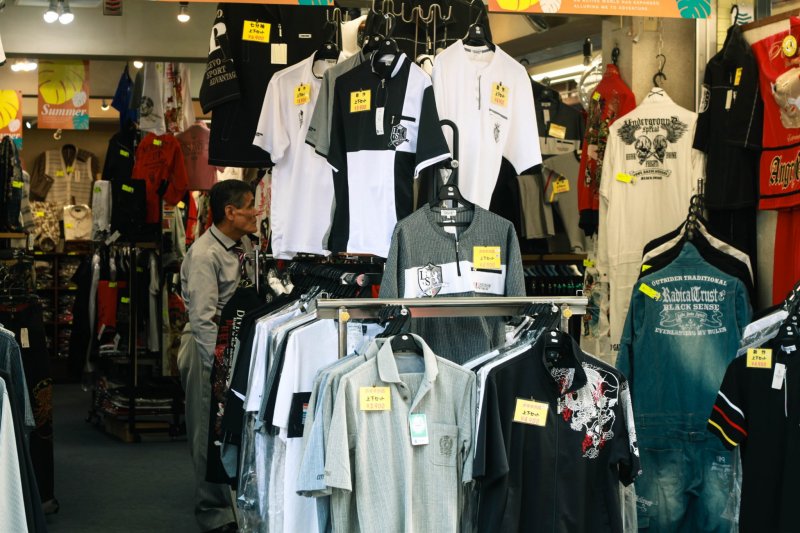 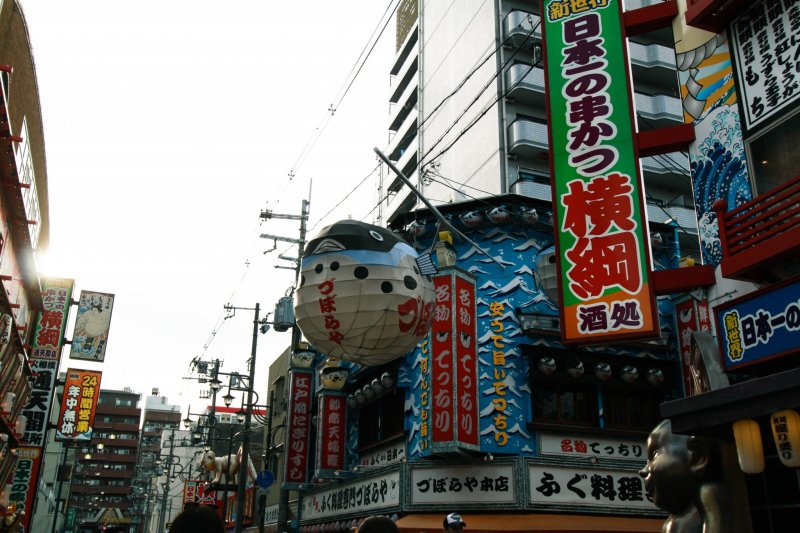 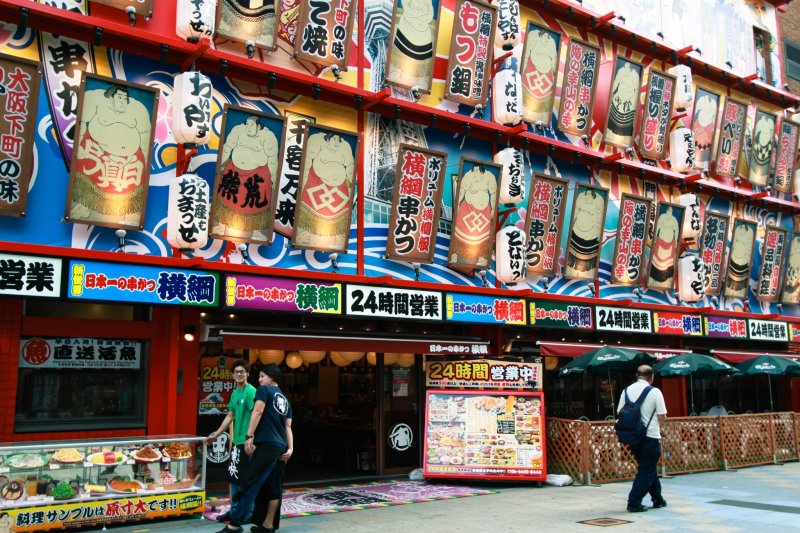 Restaurants are usually designed with huge and attention-seeking graphics 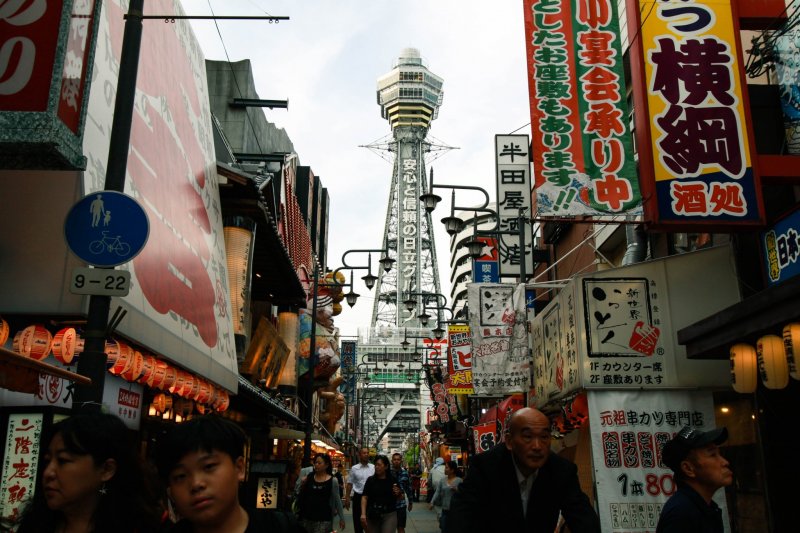 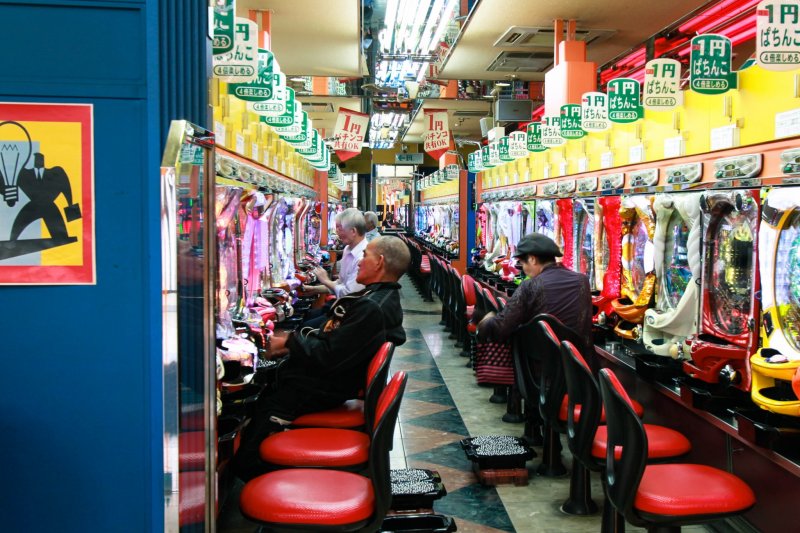 Pachinko arcade enjoyed by the elderly 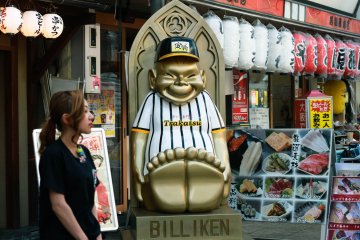 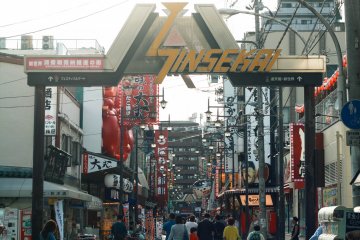 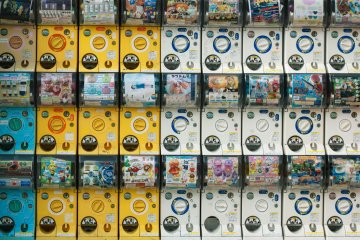 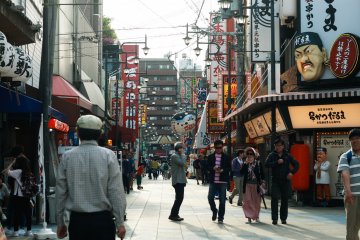 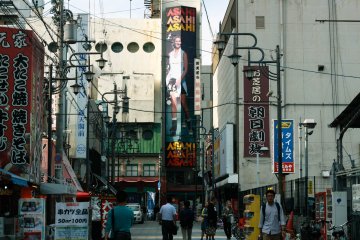 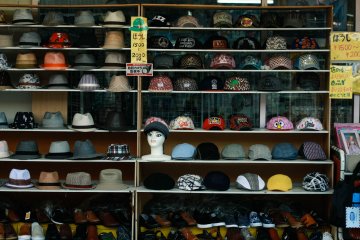 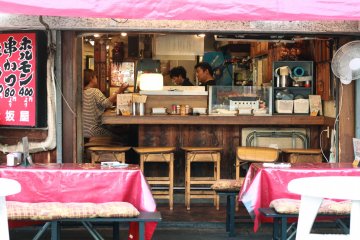 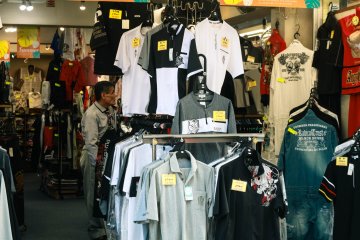 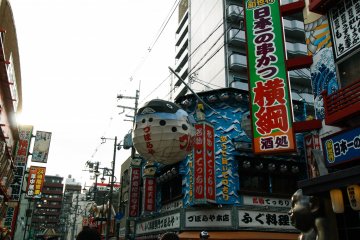 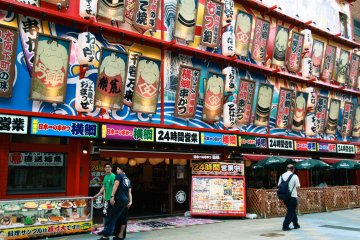 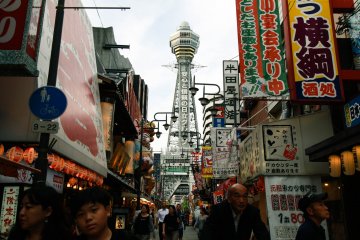 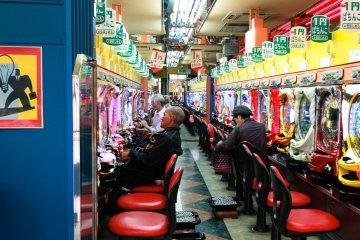 Shinsekai, meaning “new world”, is an old neighborhood located in downtown Osaka. The neighborhood’s creation was inspired by New York for its southern half, while the northern half was inspired by Paris. Shinsekai’s atmosphere is deeply marked by the Showa Period during its most successful years. Today, Shinsekai has a reputation as one of Japan's most dangerous neighborhoods.

The Tsutenkaku Tower remains standing to watch over the city and continues to be a powerful symbol of Shinsekai. Shinsekai is also home to numerous business outlets. It’s a scene of men playing Shogi (chess), retro cafes, low-cost restaurants, mahjong clubs and pachinko parlors.