Luck of The Ages Yakuouji Temple 23

With my birthday cakes these days, there are just too many candles to put on them, and similarly at Yakuouji Temple 23 in Hiwasa, I was unable to put a coin on every step for my age. This is the custom, to put as many coins as one’s age on each step, for luck, and to ward off evil.

Most temples and shrines, like all holy places, promise this protection, but Yakuouji draws about a million visitors annually because it is regarded as the most potent and powerful. I used to think old age must be the only risky age, but the belief for Japanese is that men and women all have their yakudoshi, unlucky years. For men, it’s at 41, 42, & 61, and women, at 32, 33, & 61. But dropping coins and praying fervently at Yakuouji can avert disaster.

You can supposedly choose which of the three sets of stone steps suits your age. There is a man’s flight of 42 steps, a woman's of 33, and then 61 steps for all who are 61. Everyone will eventually have to take the 61 steps, because this leads up to the main shrine. Since I’m way past any of the ages – luckily – I just followed the first set I saw, and went all the way up, as did everyone else, men as well as women. Each stone step is sanctified with a single character from a very holy Sutra buried beneath it.

The temple is known for medicinal powers, too, as are, again, most of the other temples. On the grounds behind the Main Shrine is a natural water spring that can heal lung and other ailments. Yakuouji is also named “The King of Healing”, or “The King of Medicine”.

There were flocks of henro the day I visited. Like me, they were paying respects at the last temple of the Tokushima Awakening stage. The Temple is a cluster of many interesting adjacent shrinelets, including a 29 meter high Pagoda, each of them conducive for prayer and meditation, with benches placed around to enjoy the view of Hiwasa. The Pagoda is the landmark of Hiwasa. It can be spotted as the train chugs into Hiwasa Station and you breathe a sigh of relief that you got on the right train. The Pagoda was rebuilt in 1964 to commemorate the 1150th anniversary of the Pilgrimage. The Main Shrine is older, but not with an unlucky age. It was rebuilt in 1908.

Yakuouji itself was originally built in 726 with an itinerant monk, Gyogi, claimed as its founder. But it wouldn’t, or couldn’t be, a Henro temple without something to do with Kobo Daishi. He is reported as visiting in 815 and carving the statue of the temple's main deity, the Healing Buddha. He was 42 at that time. But as they say, age is just a number. 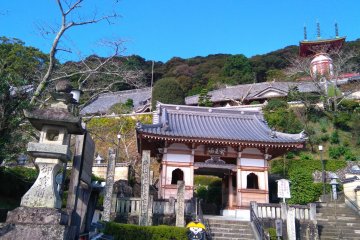 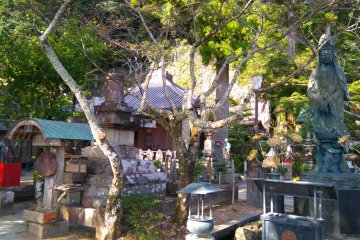 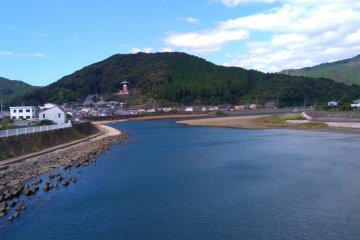 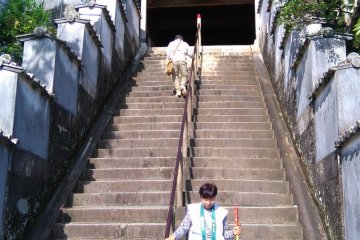 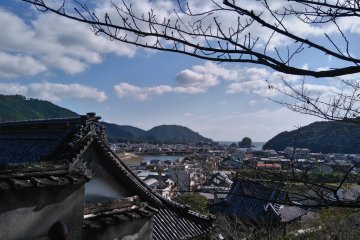