At the Base of Tokyo Tower

One of Japan’s most iconic images

Tokyo Tower (333m) played an important role as a TV tower starting in 1958 until Tokyo Skytree (634m) opened and supplanted it in 2012. Today, it still functions as a radio tower.

The people who participated in the construction of Tokyo Tower worked with deep affection for it, as if it was their beloved girlfriend. ​Hiraiwa Toso, the company that is contracted to paint Tokyo Tower, repaints it once every five years. Because the wind is very strong high up in the sky, the workers proceed carefully, painting by hand, in order to prevent the orange and white paint from blowing about. It takes about one year to complete the entire project. Those who serve by maintaining and repairing Tokyo Tower are very proud of their jobs.​

Tokyo Tower must endure various environmental conditions: a continuous sea breeze from Tokyo Bay, an average of 13 lightning strikes per year, wind, rain and snow and of course earthquakes! But still, it stands firmly and strong as an iconic image of Japan that is known worldwide, protected by the warm hands of the many people who love her. 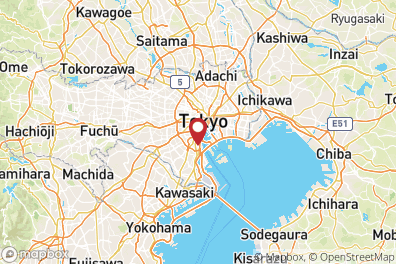