A Buddhist temple filled with culture and history

Located in Koenji, in Suginami City lies the famous Horinouchi Myohoji Temple. This early 17th century temple, once part of the Shingon Buddhist tradition but now firmly within the Nichiren Buddhist fold, is replete with history. Having survived the Tokyo bombings of World War II, it comes as no surprise that many of its structures have been designated as cultural properties by both city and country.

Featuring the celebrated multi-story Nio-mon and Tetsu-mon gates - the former home to kongorikishi statues donated by the fourth Tokugawa shogun and the latter a 19th century iron collaboration between Japan and Britain - the temple grounds are also home to the Soshido, a building dedicated to the 13th sect founder, Nichiren. At the top of this building you can find some protective demons guarding the building while nearby in the Gakudo building lie hanging scores of historical ema votive pictures.

Along with history lies culture and tradition, like the traditional yakuyoke ritual. Performed at the beginning of the year, yakuyoke is undertaken by those who seek to purge and cleanse themselves of the bad luck and misfortune that are believed to have accumulated over the previous year. Or the famous Joya no Kane event held on New Year's Eve. Here, a massive 18th century-cast copper bell is struck by those waiting in line and is a popular way for locals to ring in the new year. and is open to anybody interested in doing so, free of charge.

Horinouchi Myohoji Temple is certainly an impressive Buddhist temple. With so much in the way of history, recognised properties and spiritual traditions and experiences, the temple makes for a most pleasant destination in Suginami City.

Horinouchi Myohoji Temple is about a 10 to 15-minute walk from Shin-Koenji or Higashi-Koenji Stations on the Marunouchi Line. 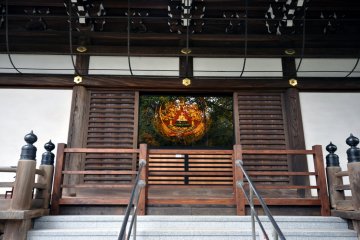 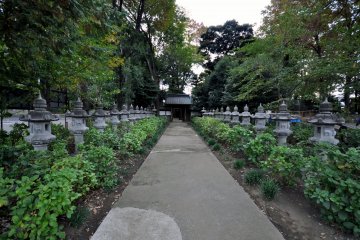 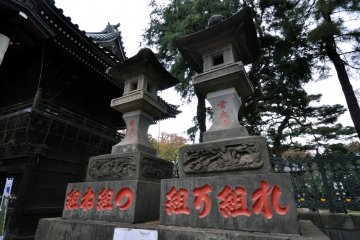