A truly family-friendly city in Tokyo

Nerima City is one of Tokyo's best places to bring the family. Friendly to children, the city is known for its open parks, residential vibe and local ambience. Filled with plenty of suburban temples, shrines and samurai history, the city's children-themed spaces will also include the Harry Potter Theme Park in 2023.

Tucked away in Shakujii Park lies Sanpoji Temple, a Shingon Buddhist temple established in the late 14th century. A large temple, it features some excellent architecture including a magnificent two-storied pagoda, a classic tsuyomon front gateway and a huge Kannon statue.

Fifteen minutes from the South Exit of Shakujii-Koen Station on the Seibu Ikebukuro Line.

A local shrine featuring one of Nerima City's oldest standing structures, Nakamura Hachiman Shrine is a simple and unpretentious Shinto shrine. Once the local village shrine, the design details of its structures reflect its traditional history, lending a sense of authenticity.

Twelve minutes from the South Exit of Nakamurabashi Station on the Seibu Ikebukuro Line.

A park designed purely for children and their imaginations, Kodomo no Mori is a mud blast of creativity, exploration and genuine fun. Free to visit, this park is great value for families looking for a place where their kids can relax and be free. Make sure you bring a change of clothes for the kids though.

Ten minutes from Exit 2 of Hikawadai Station on the Yurakucho or Fukutoshin Lines.

One of Tokyo's largest green spaces, Shakujii Park is an unheralded place of natural beauty. Its Sanpoji and Shakujii ponds offer leisurely chances for pedal boat cruising while the grounds are open to walking trails, picnic areas, and wildlife spotting opportunities.

Seven minutes from Shakuji-koen Station on the Seibu Ikebukuro Line.

Home to almost 7,000 works of modern and contemporary Japanese art, the Nerima Art Museum displays its collection throughout the year in various exhibitions. Outside the museum is a public green space filled with exotically crafted animal art including a bronze lion and a bear made from plants.

Three minutes from Nakamurabashi Station on the Seibu Ikebukuro Line.

Devoted to the art of children's illustrator, Chihiro Iwasaki, the Chihiro Art Museum features two floors that embody the artist's commitment to "peace and happiness for children". The first floor houses exhibitions rooms, a cafe and a garden while the second floor features a library, a playroom and a nursing room.

Seven minutes from the North Exit of Kamiigusa Station on the Seibu Shinjuku Line.

One of Japan's largest and best loved amusement parks, Toshimaen Amusement Park features over thirty different rides including the world's oldest carousel ride a massive water park complex with dizzying water slides, an ice-skating rink and even flea markets throughout the year.

Note: This iconic park is closing its doors after 94 years of service to pave way for the new Harry Potter Theme Park due in 2023.

One minute from Toshimaen Station on the Seibu Ikebukuro Line.

Built in the 14th century by the Toshima clan, Shakujii Castle was the beginning of the end of the clan. Located in Shakujii Park, the ruins of the castle are open to the public on Culture Day while the related Teruhime Festival, in honour of the princess who died as a result, is held in spring.

Fifteen minutes from the South Exit of Shakujii-koen Station on the Seibu Ikebukuro Line. 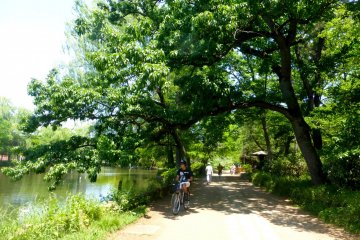 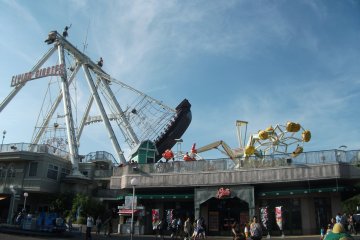 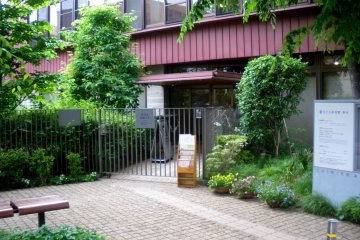 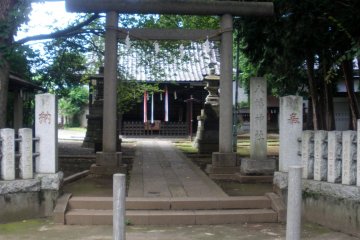