An Idyll on the Hijikawa River

The Hijikawa is a wide river that flows through the middle of Ozu. This beautiful waterway is deeply engrained in the psyche of the people living there. There are many options for making the most of the river, from rides on the elegant pleasure boats, to watching the various bird life that makes the river its home.

In the past, the only way to cross the Hijikawa River was by boat, but these ferries were retired in 1913 when a bridge was built over the river. In 1980, the Hijikawa boats were revived so that people could enjoy this old custom again. Nowadays the main purpose of this river cruise is to admire the view of Furoan, the little rustic hut built on stilts as part of the Garyu Sanso villa.

Ukai is a traditional method of catching river fish using cormorants. Ozu ukai is one of the three major places in Japan where this splendid water show can still be seen.

Visitors watch the cormorants catching fish from a roofed pleasure boat on the Hijikawa River. A dinner of local cuisine is served. Watching the cormorant master throwing the fish into his boat is a sight to behold. Ukai is held during the daytime and at night, so you can enjoy the performance with a backdrop of the beautiful scenery around the river, or with the dramatic torchlight at night. The cormorants are treated as family by the fishermen, and they typically live longer, healthier lives than cormorants in the wild.

Times
Night-time: June 1 to September 20
Daytime: Every Sunday from June to September, and August 13 to 15

Sightseeing on the Hijikawa River

Enjoy a relaxing cruise on a roofed pleasure boat gliding in the slow stream of Hijikawa River. Various sightseeing courses and lunch options are available. After your cruise you can stroll around streets which have remained almost unchanged from the Meiji period.

Sightseeing may be canceled if the river is in spate, even if the weather is fine. 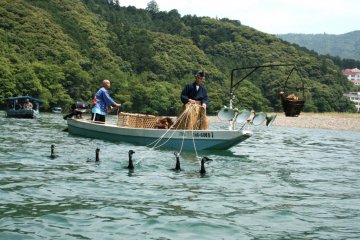 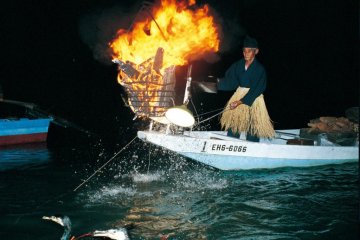 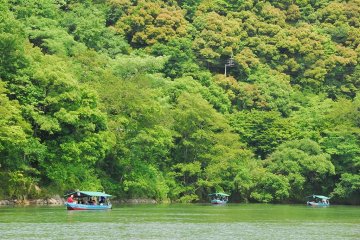 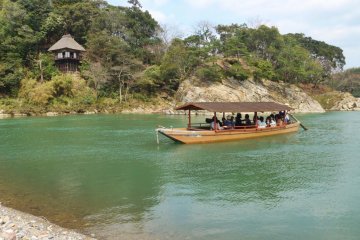