Where do the trendiest Tokyoites hang out?

Tokyo is one of the world’s most exciting cities, with an international reputation for its modern cityscape, diverse attractions, and fashionable residents. Being on most travel bucket lists, the areas of Shibuya, Shinjuku, Asakusa, and Akihabara are often full of eager tourists. But if you’re the kind of traveler who wants to see how the locals spend their weekends — check out these off-the-beaten-path neighborhoods where the coolest Tokyoites hang out.

Koenji is the place to be if you’re looking for vintage stores, shutter graffiti art, cheap food, and live music bars. Located in the Suginami ward, Koenji is a retro hub where young people choose to spend their nights out, either enjoying live music at a bar event or having nomikai at one of the many izakayas lined up under the train tracks.

In the daytime, the bohemian neighborhood is a shopper’s paradise, full of individual vintage stores, record shops, second-hand stores, and any other weird knick-knacks you might not even realize you wanted. Koenji is a vintage hub without the massive crowds of Shimokitazawa; the latter becoming more commercialized over the last few years. Once you arrive at Koenji station, you might realize a peculiarity — there are no department stores anywhere. Unlike other shopping districts in the city, Koenji stays true to its underground vibe by supporting local businesses instead of large department chains. Even if you’re not looking to buy anything, Koenji is a great place to spend an afternoon taking a stroll or people-watching at one of the coffee shops in the area.

Last but not least, if you’re planning to be in Tokyo in August, make sure to visit Koenji during their annual Awa Odori Festival [Editor's note: sadly, it was announced as cancelled in 2020 due to coronavirus measures]. The Awa Odori is a loud and spirited event, where over 10,000 performers sing and dance to the glee of millions of local spectators. Originated in Tokushima, the traditional dance performed at the Koenji Awa Odori has a 400-year long history. This uniquely Japanese festival is still somewhat under the radar for foreign tourists, so you’d be one of the lucky few to experience it during the last weekend of August.

Despite being further away from central Tokyo, Kichijoji is still an easy 20-minute ride from Shinjuku via the JR Chuo Rapid Line. Most tourists have probably passed through Kichijoji without even knowing, along their way to the famous Ghibli Museum in Mitaka. Although unknown to foreign tourists, Kichijoji is a household name in Tokyo — consistently earning the title of being Tokyo’s No. 1 Neighborhood to Live in.

An easy way to describe Kichijoji is that it has all the conveniences, shopping, and food of Shibuya but without the crowds and touristy scams. Go shopping at the Sun Road Shotengai, browse the boutique stores along Nakamichi-dori avenue, check out the izakayas at Harmonica Alley, or relax at one of the many Instagrammable cafes in the neighborhood.

Kichijoji is also located in the Mitaka ward, a Ghibli-esque residential area that is home to the beautiful Inokashira Park. Inokashira Park is famed for its beautiful springtime cherry blossoms and its iconic swan boat rides, making it a popular spot for both couples and families.

Barely 5 minutes away from Shibuya, Daikanyama retains the chic vibe and affluent clientele from the former. While it might not be the best place to get a cheap meal, Daikanyama is a great option for architecture buffs, photographers, lovers of design, and those who enjoy people-watching. The streets of Daikanyama are lined with flagship stores of independent brands, most of them housed in photogenic buildings that almost resemble museums.

Perhaps the most eye-catching one of all is the TSUTAYA bookstore that’s situated within the fashionable Daikanyama T-Site complex. TSUTAYA’s T-site store is a multi-story building that was specially designed to be a book lover's dream, with multiple seating areas scattered across each floor, an in-house Family Mart, and even a cafe upstairs — you could spend a whole day here. Outside, you’ll also find the special T-site Starbucks outlet with its Tokyo-exclusive Princi bakery and cafe next to it.

Have lunch at one of the terrace seats at any of the oshare (stylish) cafes here and you could spend the afternoon watching the fashionable residents walk by, many of whom are walking their dogs or driving past in their open-roofed cars. The upscale neighborhood is like a cooler, artsier version of Shibuya, where affluent residents spend their sunny weekends relaxing or simply taking a walk down the streets.

Walk eastwards from the main shopping area of Daikanyama and you’ll be within 15 minutes to nearby Ebisu, which almost feels like a whole different city. Ebisu is known for its popular Ebisu Yokocho, where locals gather for drinks and food after a long day’s work. Fans of photography will also be glad to know that along the way, they can find GT Camera and Oosawa Camera — specialty used camera stores that you don’t have to navigate the maze of Shinjuku to get to.

Located in the Setagaya ward, Sangenjaya is one of Tokyo’s oldest neighborhoods. Much more laid-back than the chic and glitzy Daikanyama, Sangenjaya (or ‘Sancha’) is known for its narrow wooden houses, friendly bars, and authentic izakaya grub. Sancha is a curious mix of old and new, with some corners of the streets looking almost dilapidated, where across the street might stand a stylish, glass-windowed cafe.

One of the landmarks here is the aptly named orange Carrot Tower. While it has no relation to actual carrots, the 26-story building is a great spot to get a bird’s eye view of Tokyo without paying the sky-high prices of the observation decks on Tokyo Tower or Tokyo Skytree. The Carrot Tower’s observation deck is completely free-of-charge, so head up there once in the daytime and once at night to enjoy both views of the city. A little known fact is that Game Freak’s office (the creators of the Pokemon game franchise) is located on the 22nd floor of the building.

Sangenjaya is a place where you’d want to take the lesser-traveled path, walk through the narrow winding streets and you might find a hidden sento, or traditional bathhouse. Sento, unlike onsen, are mostly catered to locals who use the bath facility as they might not have one at home. With many traditional sento having a mural of Mt. Fuji on their walls, visiting a sento should be on the bucket list for every well-researched traveler.

Although its name literally means three tea houses, Sangenjaya is more of a coffee lover's district. Roam around the streets and you’ll eventually find a coffee shop, ranging from the famous Blue Bottle coffee to hidden gems such as Moon Factory Coffee. The eclectic mix of cultures also shows in the food options in the neighborhood — with stylish burger bistros, Thai and Chinese eateries, local ramen stalls, and of course, izakaya bars. If you want to truly experience Sangenjaya, make sure to have a meal at one of the eateries at the backstreets (you can tell you’re at the right place when you see red paper lanterns hanging along the street stalls).

If you still have time, try exploring the streets between Sangenjaya and Shimokitazawa. The two neighborhoods are an easy 30-minute walk apart, with the path being mostly straight and easy to navigate. Not only does this save you the hassle of transferring trains, but you can also spend the time walking past quaint little shops and eateries along the way — which is a breath of fresh air if you were leaving Shimokitazawa on a crowded weekend.

The stylish neighborhood of Nakameguro is perhaps best known for the springtime display of sakura trees lining the Meguro River. The riverside cherry blossom trees are illuminated during the annual Meguro Sakura Festival, and is one of Tokyo’s most popular spots for sakura viewing.

If you’re missing sakura season, fret not, as Nakameguro is even better during the off-peak season when you have the narrow walkways all to yourself. Nakameguro definitely fits the criteria of being ‘oshare’ (おしゃれ) — with loads of unique cafes, diverse cuisines, stylish clothing stores and more. Take a seat at any one of these stylish eateries and you might even spot a local celebrity or the cast of the hit Japanese reality show ‘Terrace House’ filming here.

After lunch, take a walk along the streets under the train tracks. What was once a vacant, almost deserted area has been transformed into an offbeat shopping street occupied by independent boutique stores, bakeries, specialty stores, and coffee shops. Leaving the station, you’d probably spot the Nakameguro TSUTAYA outlet at first glance. The hybrid bookstore-cafe resembles a smaller version of the book emporium at Daikanyama T-Site’s TSUTAYA. If you’re an avid fan of Starbucks, make sure to visit the world’s biggest Starbucks Reserve Roastery situated along the Meguro River. The massive flagship outlet is an ode to coffee culture in Tokyo and was designed to be an attraction in itself.

Even if you’re not searching for anything in particular, a walk around Nakameguro might allow you to discover something new. The neighborhood is also within 10-15 minutes' walk of nearby Daikanyama, where you can spend the rest of your day and end it off with a hearty izakaya meal at Ebisu Yokocho. The underground walkway between Daikanyama and Nakameguro is plastered with eclectic graffiti art, so make sure to keep your smartphones charged and cameras ready. The three districts are also connected via train, but there’s so much more to see if you take the lesser-traveled path instead! 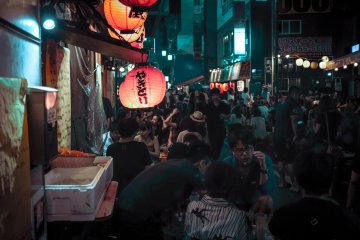 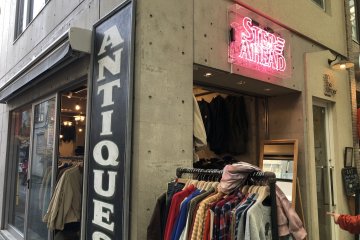 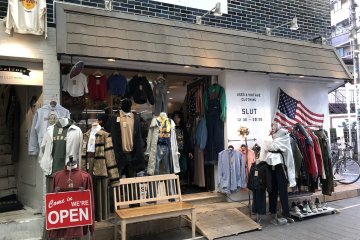 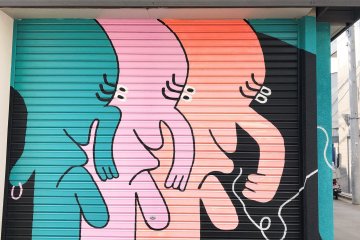 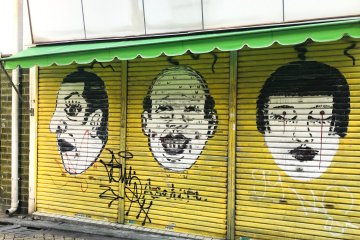 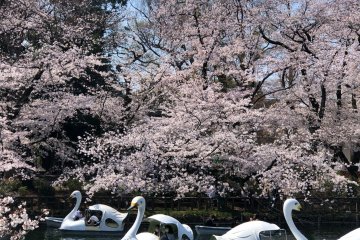 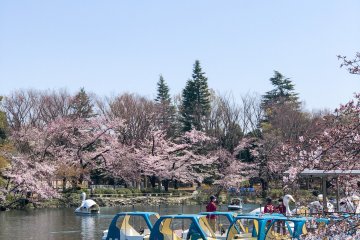 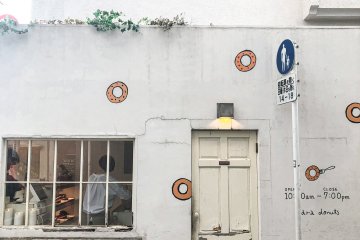 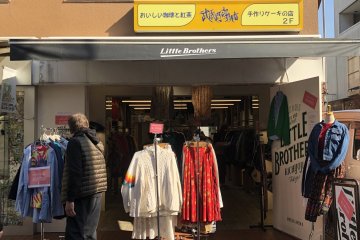 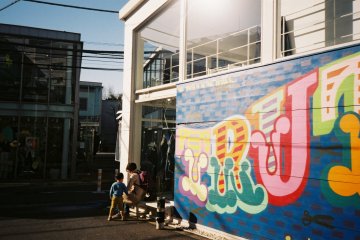 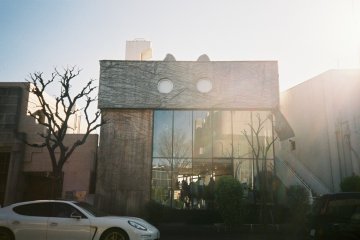 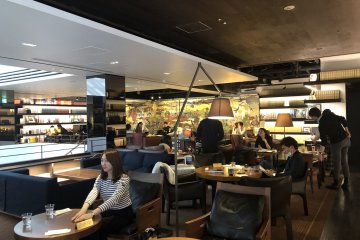 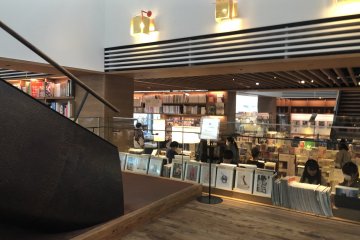 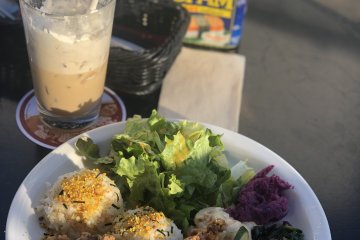 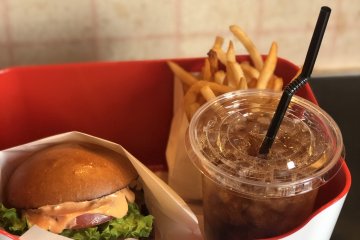 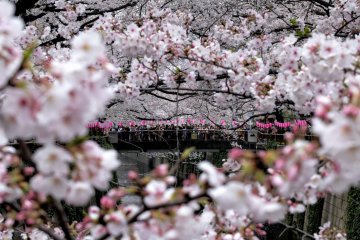 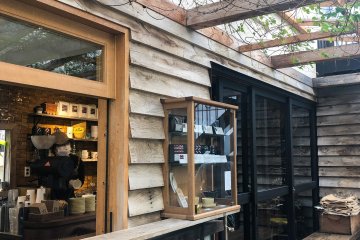 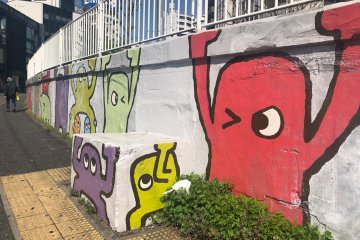 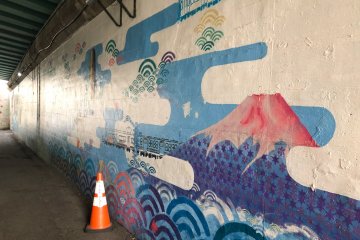 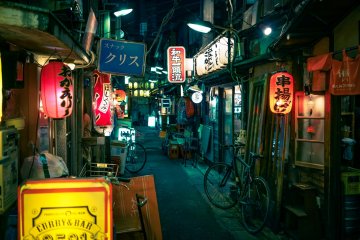 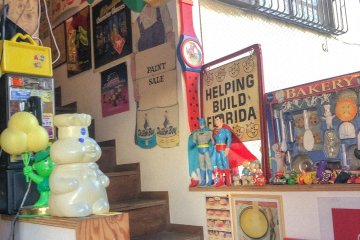 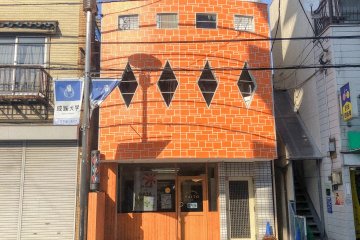 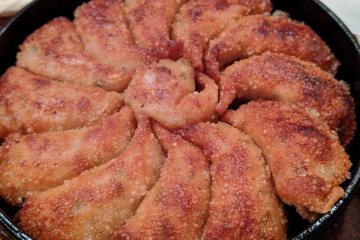 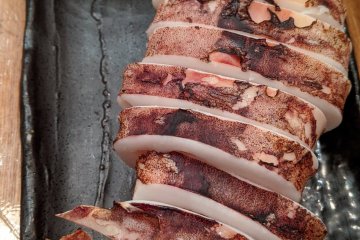