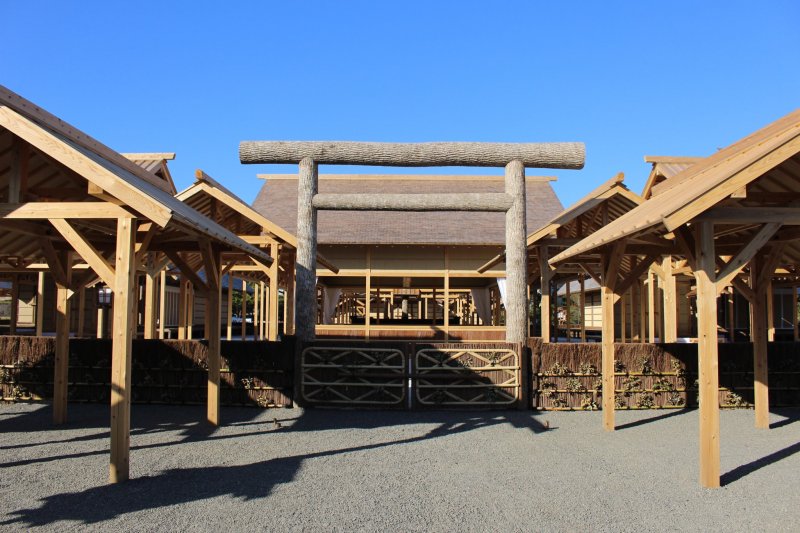 Home to an Emperor's enthronement

The Japanese Imperial Agency is giving a rare opportunity to the public to visit the Daijokyu complex. The complex was built this year in the east garden of the Imperial Palace especially for Emperor Naruhito to perform an important thanksgiving ritual to mark his enthronement.

The main part of the Great Thanksgiving Ceremony, known as Daijo-sai in Japanese, was held in the complex on November 14 and 15. The Emperor, wearing a traditional Imperial costume, offered newly harvested rice to Shinto deities and his Imperial ancestors.

The Daijo-sai ceremony takes place only once during an Emperor’s reign. Work to construct the complex for the rite started in July and was completed about three months later. More than 30 structures of varying sizes are situated in the complex.

With the ceremony itself having been completed, the complex will remain open to the public until December 8 before being demolished over a 3-month period. During this time, visitors will also be able to walk along Inui Street, a normally restricted section of the palace grounds.

Please note that your bags will be inspected for security check.

Sakashita-mon Gate (the Entrance Gate) is a few minutes from Exit 7 of Nijubashi-mae Station on the Tokyo Metro Chiyoda Line or from the Marunouchi Central Exit of Tokyo Station on the JR Line.