19th-Century elegance among the skyscrapers

It stands out among the sleek skyscrapers for its lack of height and its striking, graceful redbrick facade. The interior also harks back to that era: many of the rooms have fireplaces, some are panelled in fabrics of deep blue or vivid maroon, and around all three floors there are elegant staircases, exposed brickwork and wooden floors polished to a reflective shine. The upper floors also each have a passage with picture windows overlooking the small but pleasant garden to the rear of the museum, which has a couple of sculptures set amongst the greenery, and a modern fountain which local birds sometimes use as a bath.

The museum focuses on art from the 19th century, the main part of its collection consisting of over 200 posters and lithographs by Henri de Toulouse-Lautrec, which reflect his immersion in the energetic, decadent theatrical life in Paris at that time. A selection of these are displayed in regular exhibitions, while other exhibitions show a range of art from that era, both Japanese and from abroad, including Ukiyo-e woodblock prints and European paintings loaned from other museums.

Since the art and architecture arrived in Japan at the same time following the end of the Edo era of national seclusion, the choice of works is perfectly suited to the building and its interior: with some imagination you can allow yourself to be transported back to that age, when European style was influencing a modernising Japan, and 'Japonisme' was sweeping the art world in Europe and the USA.

After you've enjoyed the artworks, it's definitely worth popping into 'Store 1894' to browse the range of cards, prints and other souvenirs; many of these are specific to the museum and its exhibitions, and aren't available anywhere else. Even better is 'Cafe 1894': a reproduction of the spacious banking hall, it's a grand, atmospheric space, and there's a kind of fun to be had in sitting with your coffee or cake at a teller's window, listening to the clink of cutlery and customers' chatter echoing softly around the lofty paneled ceiling. More so even than the museum, the cafe reflects the elegance and refinement of the age, and is the perfect place to round off your little trip back in time. 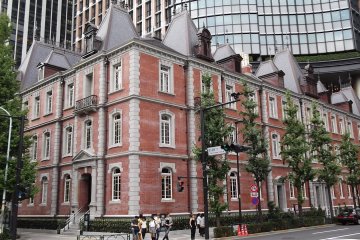 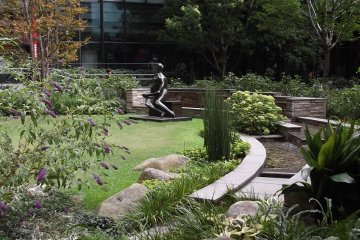 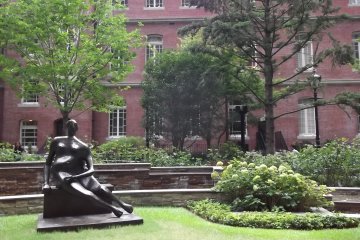 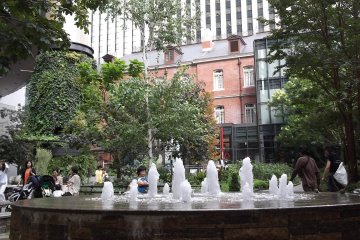 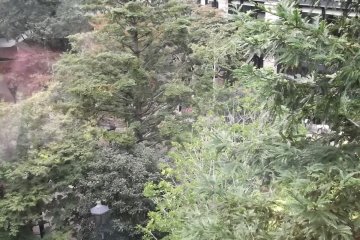 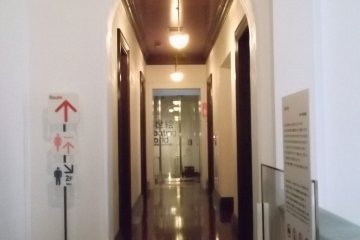 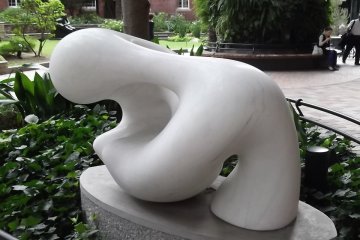