Japan's National Treasure categories also include buildings and related structures. Made up of castles, shrines, temples and residences, the category's treasures can be found all over the country and represent many different phases of the nation's history and cultural influences. Tokyo is home to two such National Treasures, with both structures representing influences that were vastly at opposite ends of both time and design. Here is a simple guide to where in Tokyo these National Treasure buildings can be found.

Built in 1909, Akasaka Palace is one of two State Guest Houses in the country, the other being in Kyoto. Firmly located within central Tokyo amidst the modern capital, Tokyo's State Guest House was originally the Imperial Palace for the Crown Prince. The palace was officially transformed into its current function of providing accommodation for visiting dignitaries in the mid-1970s. Representative of Japan's Meiji-era architectural approach before undergoing significant renovation, the significance of the building's architectural style helped it to achieve National Treasure status in 2009.

A structure of Buddhism's Rinzai Zen sect, Shofuku-ji Temple is considered to be the oldest intact structure in Tokyo. Sitting in Higashimurayama City, west of Tokyo's central wards, the temple is representative of the architecture from the Kamakura Period. Then, and now, the temple is situated relatively far from the comings and goings of the capital but it is actually the temple's 15th-century Jizo hall that has been designated as a National Treasure. The hall's two-storey appearance hides the fact that it is a single story structure and its construction featured innovative techniques that exemplified a uniquely Japanese approach to building. The temple's Jizo hall was designated as a National Treasure in 1952.

Find out more about Akasaka Palace. 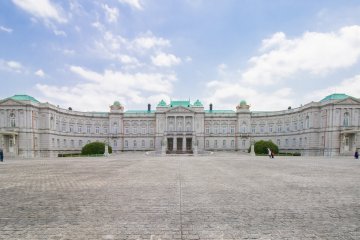 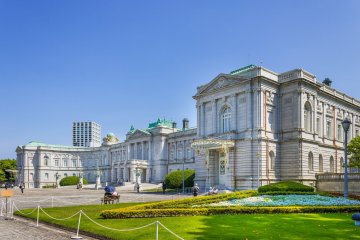 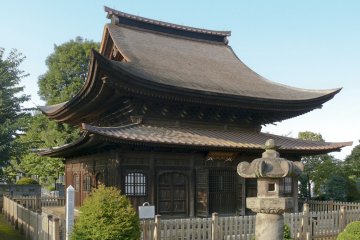 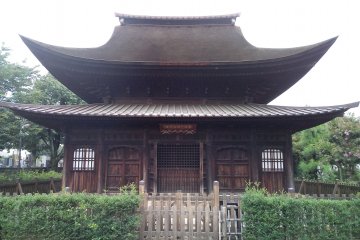