If you think vegan food is nothing more than lettuce leaves and carrot sticks, Ain Soph Ripple is a spot that will prove you wrong. The restaurant is located in Shinjuku's Kabukicho area, and serves up completely vegan (and completely mouthwatering) comfort food.

Their basic namesake is the Ripple Burger, which contains a vegan patty, guacamole, lettuce, tomato, onion and aurora sauce, which could be best described as a vegan take on Thousand Island dressing. You can also get the Ripple Burger served with vegan cheese if you want to go all out!

They also offer a crispy soy chicken burger, and a fantastic falafel burger that is loaded with hummus and vegan sour cream. The falafel were perfectly crunchy on the outside and soft in the middle - they would warrant a return visit for those alone. You're able to get your burger choice in a set with either french fries or the soup of the day for an added 200 yen.

Aside from their burger offerings, the menu has several other savory food options, including burritos, burrito bowls, grilled salad bowls, and vegan macaroni and cheese.

If you need to satisfy your craving for something sweet, Ain Soph Ripple have you covered there too. They have a wide range of vegan friendly desserts on offer, including fresh out of the oven muffins, tiramisu, waffles, french toast, and ice cream. My friend and I split a blueberry muffin and the tiramisu and thought they were both delicious!

The service at Ain Soph Ripple was fast and friendly, with the staff even writing thoughtful notes on the tray liners. If you are looking for a vegan friendly spot to eat in Tokyo where you can still feel like you've had a little bit of an indulgence, the food and the atmosphere here won't disappoint. Also, if you don't have time to dine in and enjoy your food, their entire menu can be made for a to-go order.

Ain Soph Ripple is under 5 minutes on foot from the Seibu Shinjuku Station. 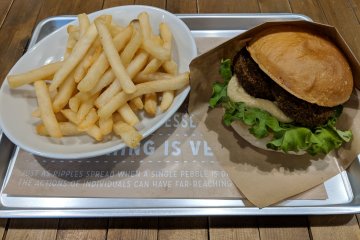 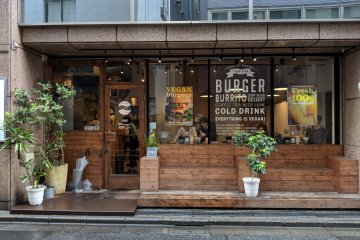 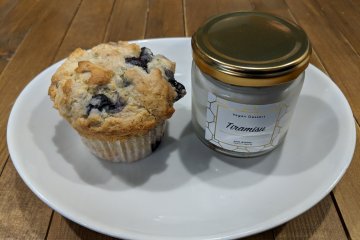 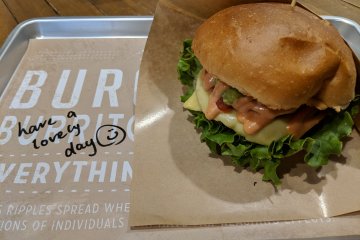